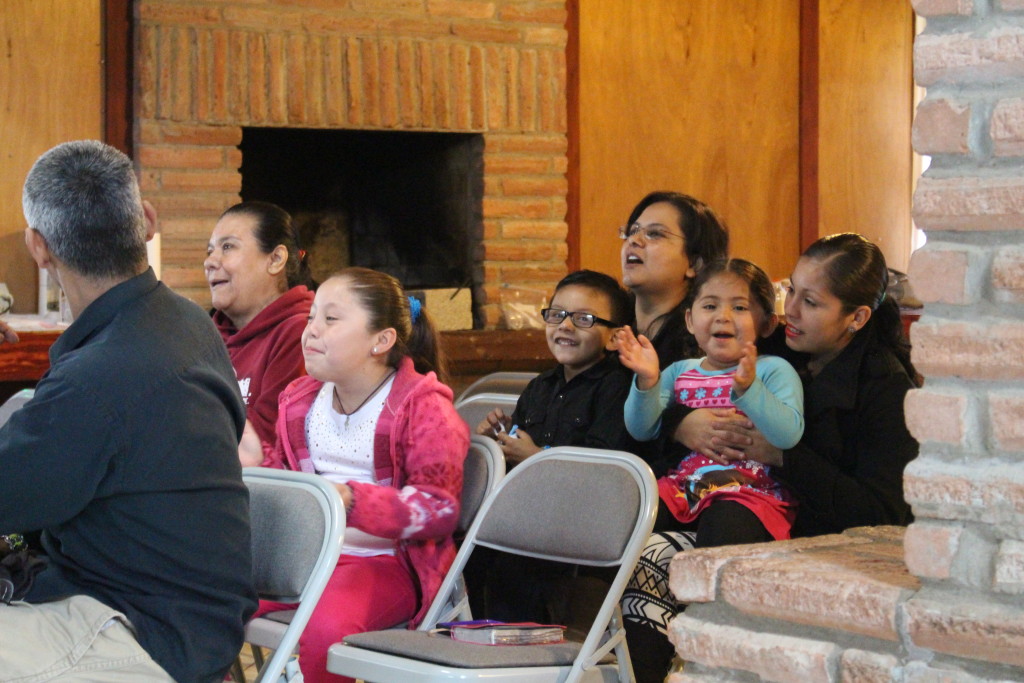 If I were you, I wouldn’t do it. So said a pastor with experience helping to plant churches in Mexico, in response to my inquiries regarding where to go and what to look for concerning the Church south of the border. He went on to explain that what we are seeing in the media is just the tip of the iceberg when it comes to kidnappings, beheadings and disappearances.

I took his counsel to heart but couldn’t shake a sense that my search would be incomplete without gaining some understanding of the spiritual climate and the workings of the church in this portion of North America. Sitting in my campsite at Lake Corpus Christi I was praying once again and asking God to lead me to my next stop. With more rain on the way I logged on to Priceline to see if I could find a cheap hotel for a couple of days around Brownsville. Low and behold, I found a room on South Padre Island that was cheaper than my campsite. What’s not to love about the off-season?

These were not high-class accommodations, but I was warm and dry and closer to the border. After a couple of days of searching, sending emails to churches explaining my quest and getting no response, I was about to give up and start heading back north but decided to check one last resource. Though as reported in earlier posts, I had not had the best luck with my own denomination, I surfed over to www.nazarene.org and typed Brownsville, TX into the church finder box. What do you know, up popped a work called “Lost and Found” – there was no website for the church, just an email address, but intrigued by the name I fired of a quick message and went to get some coffee. By the time I got back to my room I had a response from Pastor Mark and after exchanging a couple more emails we made plans to meet for dinner at Kiki’s Restaurant Familiar. This was no Tex-Mex joint, but a true Mexican restaurant. Over a simple dinner, Mark and Marilyn Redwine became almost instant friends and I knew that God had led me to kindred spirits.

Mark explained that this was a different kind of work ministering exclusively to the local Mexican population most of whom live in the Colonias (A Colonia is a semi-rural subdivision of substandard housing lacking basic physical infrastructure, potable water, sanitary sewage, and adequate roads.)[1] in the area.[2] Before we parted for the night he invited me to bring the message at their Thursday evening service.

Thursday morning I awoke, giving thanks to God for providing an opportunity to gain the knowledge I sought without the risks associated with riding my bike into Mexico. I must admit that I also began my day with a certain amount of trepidation. Thus far on this trip I have found wonderful ministries serving the homeless, addicts and those with physical and developmental disabilities. Out of the box ministries for sure, but I have a fair amount of experience with these populations. Then there are the Biker churches, again, different, but as a guy touring North America on a motorcycle, these are folks with whom I have shared interest. However, with the Mexican immigrant population I have no previous exposure, nor even a point of reference.

I prayed; “God, what do I, a middle-class gringo who’s running all over the place on a motorcycle have to share with these folks?” His answer; “You have me, you have the story of what I am doing in your life, and you have a desire to learn from them. What more do you need?” With that clarity, I spent a little more time in preparation and enjoyed the rest of my day. 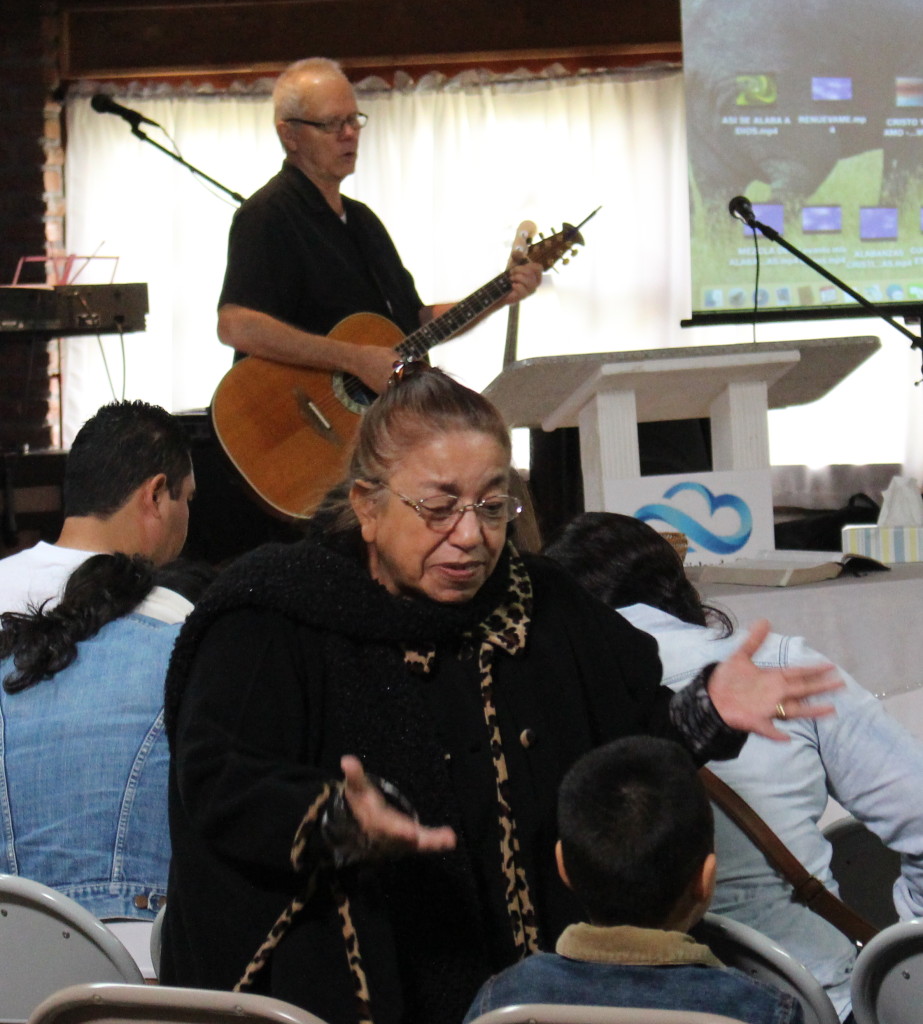 Every Church Should Have a Granny

As evening approached, I headed to Mark and Marilyn’s house, having agreed to meet there so I could ride with them into the Colonia. There I met Karen, a teenager from another Colonia who spends a good deal of time at the parsonage and serves as a back up translator at times. Then Ron and Kay showed up, they’re a wonderful couple called in retirement to offer themselves as volunteer missionaries. As we headed out to the van we were joined by “Granny”, the widow of a Mexican pastor/church planter who lives next door to the parsonage, and what I assumed was her real life grandson.

After a short drive we arrived at the mobile home where the meeting is held each week. Mark explained that the deck on which we met was fairly new. When services started at this location the deck was small and rickety and the only thing steady was the fear that it would collapse at any moment. A work and witness team from another church came down and built this new deck so the group would have a safe place to meet.

There were about twenty of us on the deck Thursday night, with temperatures in the fifties and a steady twenty mph wind, gusting at times to about twice that speed. Most folks were dressed in layers and bundled up against the cold yet, undeterred. Since none of these homes have heat, they are quite used to dressing for the cold. 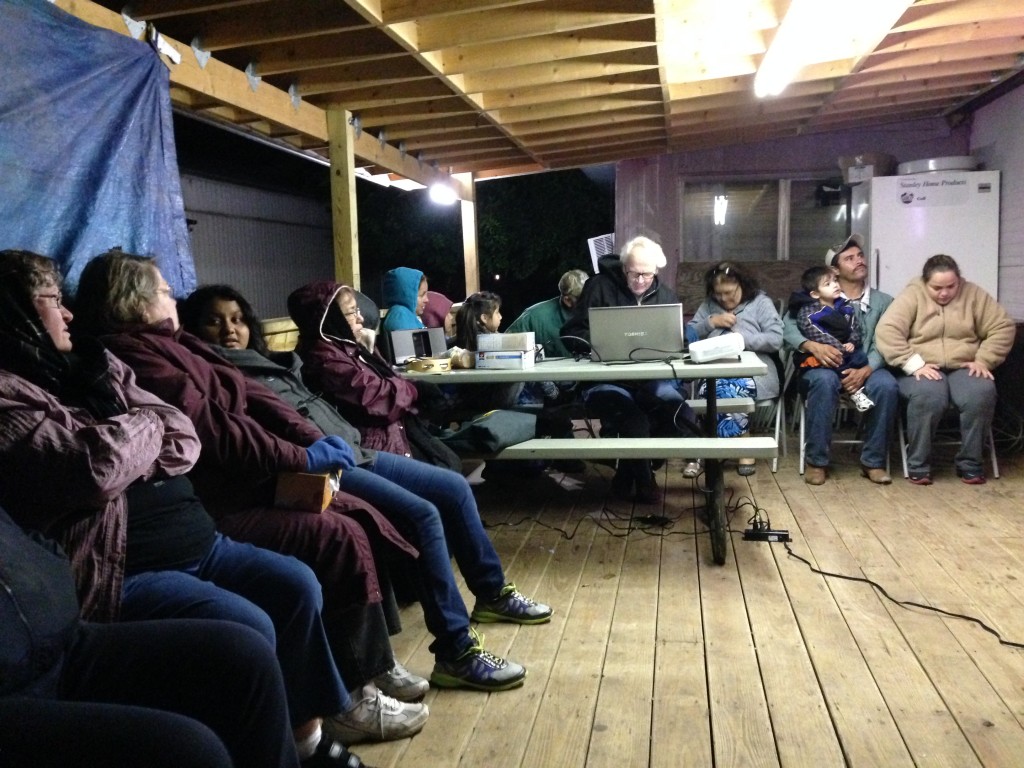 Thursday Evening Service in the Colonia

After a few songs, a couple in English but most in Spanish, requests and concerns were shared and Granny led in prayer. Mark stood to introduce me to the congregation, saying he felt like we had been friends for years (the Bible does say that “with the Lord a day is like a thousand years”) and invited me to share a little of my story.

Working with an interpreter, I shared J.I. Packer’s quote that Christianity in North America is three thousand miles wide and a half-inch deep, and went on to explain my search for deeper pools of authentic faith. I was just beginning to feel like the interpreter and I were getting into a pretty good rhythm when I made the statement that though I have been in ministry for almost thirty years, I have seen far too few people radically transformed after coming to know God. What happened next was absolutely precious, for instead of translating, my interpreter looked at me with shock and simply said, “You haven’t?” Suddenly, it was as if everyone else disappeared and the two of us engaged in a dialogue about how while I have seen some people dramatically changed as a result of their relationship with God, the vast majority of Christians I know are pretty much the same as people in the world, with only slightly different priorities. She then turned and attempted to explain to everyone else what we were discussing. Based on the looks on all their faces, it seems the gist of what I was trying to convey came across.

I went on to share the story of the two disciples on the original Emmaus road journey and how their eyes were opened and their hearts burned within them when they encountered the risen Christ.

While I was pleased to be able to share with these folks I am certain that I received the greater blessing in observing their faith and fellowship. It was genuine and not in the least dependent on their circumstances. As a result I decided to stick around Brownsville for a few more days, moving out of my hotel and into a guest room at the parsonage where Mark and Marilyn have been extremely gracious hosts.

A Man of Faith 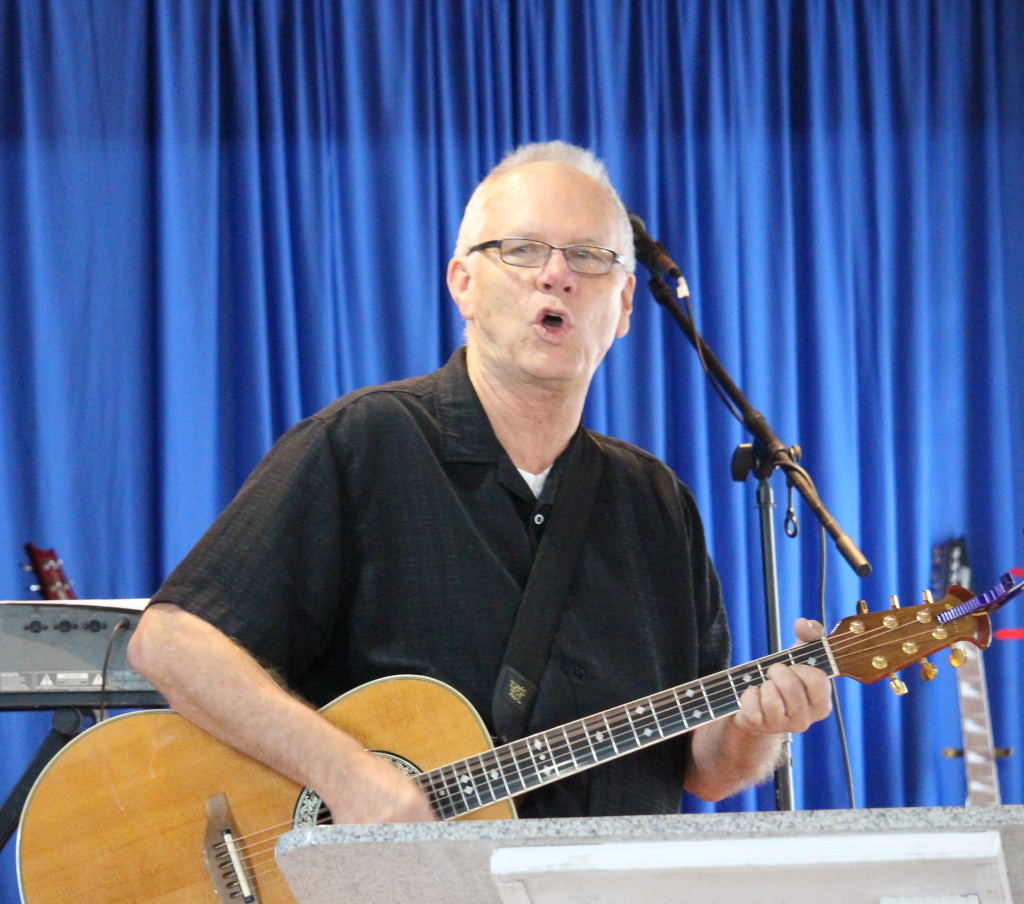 The story of my time in Brownsville, (almost Mexico) TX would not be complete without sharing a little more about the wonderful man of God who is leading this amazing work.

Prior to moving to Brownsville to plant this church, Mark Thomas Redwine was a Chiropractor living in Butte, Montana. As a Nazarene layman, Mark had traveled to Africa several times on short and medium term missions trips serving in a variety of ways as he was led by God. Each time he returned to the states he was able to rebuild his practice and get his patients back. Yet, after his last trip to Africa the Chiropractic practice didn’t recover so well and it became clear that God had other plans.

Years earlier, Mark said he felt God had called him to plant a Spanish speaking church; however, one does not find a large ethnic population in Butte, MT. He would go to Wal-Mart and Home Depot scanning the faces of the crowds looking for people with brown eyes and slightly darker skin, to no avail. So, it was that at the age of sixty-three, through those connections built during years of missions trips, Mark was prepared to respond to the opportunity to move to South Texas as part of the Nazarene Border Initiative and plant that Spanish speaking church.

With limited financial support, Mark’s days are filled with pastoral duties, compassionate ministry food and clothing distribution and a part-time job, as he puts it, pounding dents out of trumpets. In fact, Mark repairs musical instruments of all kinds in order to put food, not only on his table, but often, on the tables of the people to whom he has been called to serve.

Yes indeed my friends, God has led me to another place where Christianity is far more than a half-inch deep.

[2] For a more detailed explanation of Colonias click here.