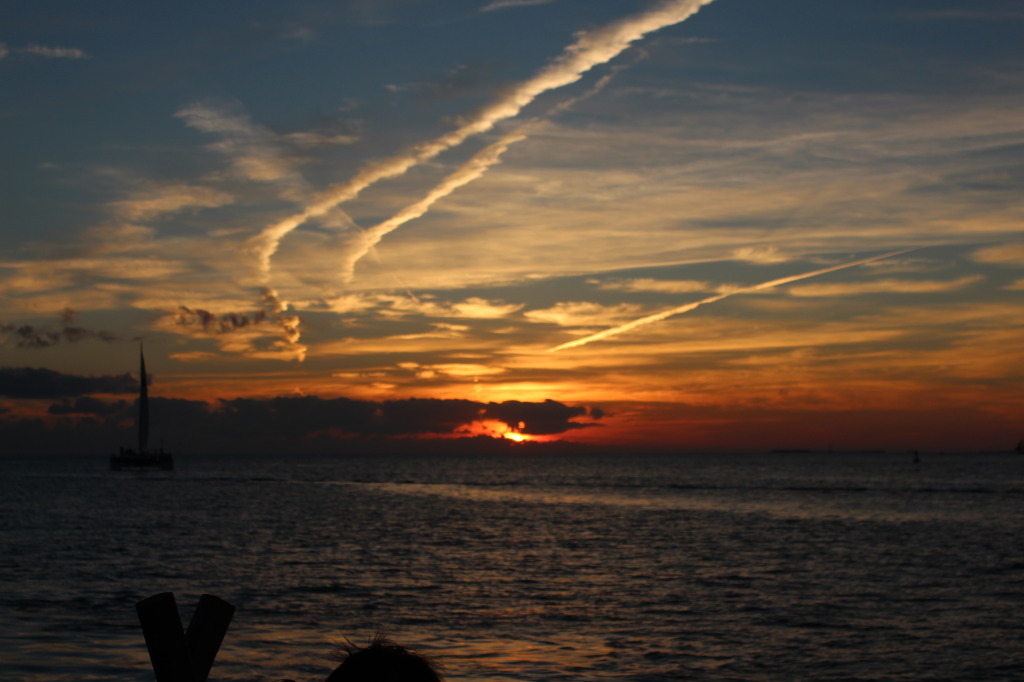 In my mind Key West has always been a mystical place. I’ve read about it, seen pictures of it and been aware of some of its characters but had never been farther south than The Tamiami Trail, (FL Route 41 through the Everglades) so on this trip I decided it was worth the extra miles to finally experience Key West first-hand.

Over the course of my ten days in the Florida Keys I made the journey into Key West from Rico’s (you’ll read about him soon) home on Cudjoe Key, a total of five times.

My first trip in I was just trying to get the lay of the land in order to plan my exploration. I found it to be every bit as quaint and charming as I had heard, with beautiful old homes, a super relaxed feel with Chickens and Egrets wandering freely in the streets. It has been said that the feral foul that roam about are a perfect metaphor for Key West; they are colorful, noisy and don’t know when to shut up, causing many to consider them an annoyance but an unavoidable part of the culture.

On my second trip I went right to Old Town to check out the Duval Street crowd. I grabbed a late breakfast at Harpoon Harry’s and chatted with a few “locals.” In my wanderings I spoke with a woman from Michigan, a man from Boston, another from New York and yet another woman from my home state of New Hampshire, who have all moved to Key West over the years. I must admit I began to sense the appeal of the place and understood why it was so heavily populated by northerners.

My third trip, however, took place later in the day and into the evening. Having been a fan of Hemingway since my High School days I wanted to check out some of his old haunts. Though a fan of his writing; because of my work with men in recovery, I know too well the destructiveness of his lifestyle, so I was saddened to find, more who were trying to live (and perhaps die) like Hemingway, than those who sought to record the grittiness of life. In the middle of the afternoon the streets were teeming with men and women stumbling about from bar to bar (each providing live music in the form of dozens of Jimmy Buffet wannabe’s) in various states of inebriation. The earlier sense of charm was replaced with an awful feeling of despair.

Trip number four was a simple ride in with Rico to pick up tickets at the Tennessee Williams Theater (Williams being another famous author who resided here) for a show he was planning to attend. We stopped in to Bobalu’s on Big Coppit Key for a delicious “Garbage Pizza” (pepperoni, sausage, bacon, ham, onions, peppers and who knows what else) and my view brightened once again.

The purpose of my fifth and final sojourn was to catch up with Bill Welzien, a street preacher who offers a clear biblical message three nights per week along the famous wharf at Mallory Square where tourists come to watch the sunset. To call Bill a street preacher is not entirely accurate as he also pastors an Orthodox Presbyterian Church and heads up Keys Evangelistic Ministries, where he trains others in the work of evangelism. Still, most Mondays, Wednesdays and Fridays you will find Bill among the jugglers, tightrope walkers, sword swallower, acrobats, psychics and other street performers with his easel and bottled paints, boldly proclaiming the Gospel of Jesus Christ, something he has been doing here for the past twenty-eight years. (For a video of the above pictured message click here)

I had corresponded with Bill and spoken with him by phone so he was expecting me when I arrived. We talked at length as he prepared his materials for two separate talks he would do that evening. I watched as he interacted with some of the street performers and tried to read the crowd, determining when to launch into his message. What I witnessed was interesting, challenging, disturbing, yet, warming. 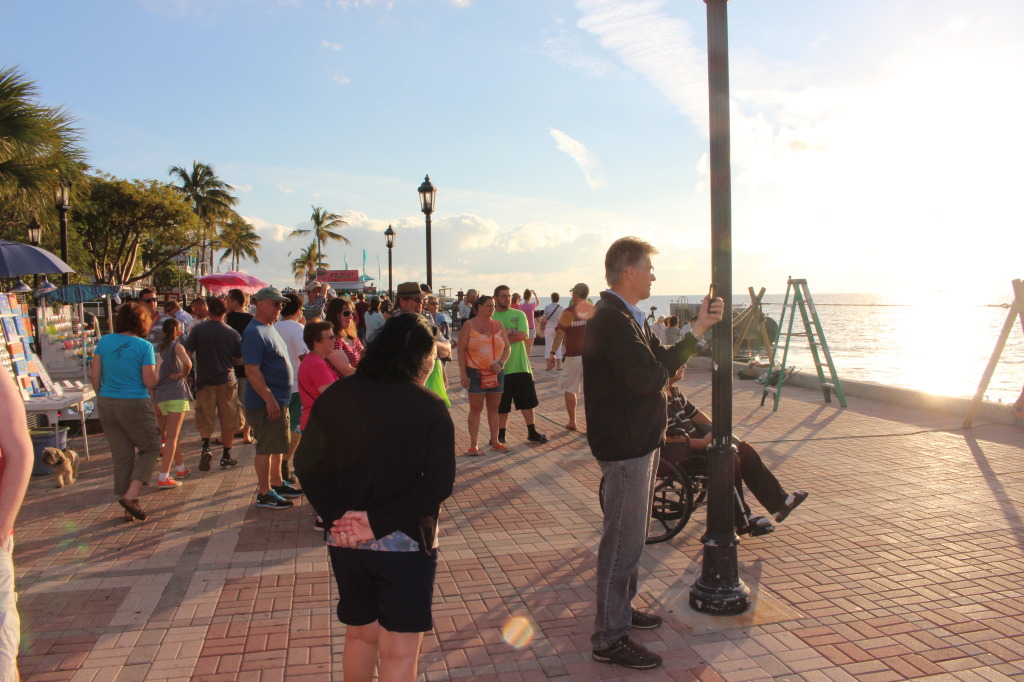 You see, as the juggler/tightrope walker or the sword swallower (performers to either side of Bill) began their acts, crowds were drawn to see what was happening and swelled further as they went on. However, when Bill began to preach, those standing nearby tended to scatter and crowds thinned. It was almost as if people didn’t want to be associated with the preacher and drew back. But as I stepped back to get a better photo of the scene, I realized that many on the periphery were indeed paying close attention to what was being declared. They watched the sunset, all the while eavesdropping on the preacher. When the message was complete, Bill offered to answer any questions people might have and was clearly skilled at engaging people from all backgrounds and perspectives.

Over the course of the two messages and post message engagements, I watched Bill converse with a fellow believer, two Muslim women, some Asian tourists, three young Jewish women and a couple of Christian women who were vacationing at a time-share nearby. To each one he gave a tract that explained what he had shared and offered again to answer questions. With one Christian man, we got into a lively theological debate where I found myself acting as a mediator between an Arminian stance and a staunchly Calvinistic position, each declaring a caricature of the others beliefs. When Bill and I were alone, we talked further about the free grace vs. predestination debate and found ourselves taking a decidedly Whitefield/Wesley stance of agreeing to disagree. (those interested in a deeper understanding of this debate may find this article enlightening.)

In the days that have passed since my visit with Bill I have thought of these words from the Apostle Paul: “For when one says, ‘I follow Paul,’ and another, ‘I follow Apollos,’ are you not mere human beings? What, after all, is Apollos? And what is Paul? Only servants, through whom you came to believe—as the Lord has assigned to each his task. I planted the seed, Apollos watered it, but God has been making it grow. (I Corintians 3:4-6 NIV)

In my ongoing search for the Reflection of Christ, I am beginning to think that while no one person may serve as an accurate reflective image, if the people of God’s church could embrace the 95% of things we hold in common and stop allowing the other 5% over which we may disagree to become insurmountable obstacles, perhaps the world could indeed see that we are his disciples because we love one another. (See John 13:35)