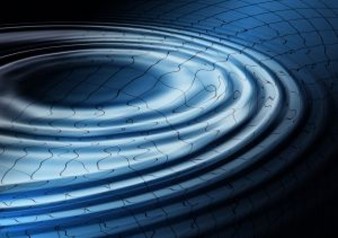 I’m sure we have all heard the analogy of how a single action can have far reaching affects. Often we are told to consider how far the ripples extend when a small pebble is tossed into water, further emphasizing the fact that a single pebble sends out those ripples in all directions simultaneously.

Over the past week or so, as I have begun to publicize my plans for this search for contemporary manifestations of Christ, I have been thrilled with the response I have received and come to an even greater understanding of the importance of this quest. Churched and un-churched, clergy and laity, all seem eager to join me in the journey as the unrest and hunger I am experiencing resonates with so many.

Last week I attended an annual gathering of my denomination’s New England churches. It was wonderful to have the opportunity to catch up with old friends and colleagues, to meet new people and make new friends. I was privileged to attend the ordination service where seven men and women (including a dear friend) of several ethnic backgrounds and primary languages were surrounded by other clergy, as church officials laid hands on them, commissioning them to preach the gospel… As is often the case in such settings, I naturally reflected back to my own ordination, some twenty-one years ago (hokey smoke Bullwinkle, has it really been that long?) and came to the awful realization that of the men and women with whom I was ordained, I can think of only one who is currently serving as a full-time pastor – and he doesn’t appear all that chipper about things.

In talking with ministry colleagues, I have heard and seen the ripple effect of negativity and some of the things I have witnessed that are wrong with the church. This has had the positive effect of reinforcing for me the importance of finding out what is right with the church.

[Bloggers note: I have quite a bit to say about how we treat pastors and church staff these days but will have to save that for a future posting]

There were also times during this gathering that I felt like I was on the shore of the pond, catching a glimpse of the diminishing edge of some exciting ripples. I heard about churches that are effectively engaging the culture in their communities. Some, by doing church differently, some by rediscovering orthodoxy and some by digging deep to re-establish those great evangelical/holiness roots, serving their community with real biblical compassion. I heard of young adults, those in their teens and twenties, who are on fire for God, excited about what He is doing in their lives and enthusiastic about sharing His Love and Grace with others.

In this past week or two I have seen the good, the bad, the ugly, and the beautiful. I have seen reasons for concern but also reasons for hope. I have detected those ripples of good and have some new avenues, right here in New England, to explore as I begin my quest.  I extend an invitation to you once again to join me in this journey. Feel free to share your thoughts or knowledge of the evidences of God you have witnessed, and don’t be shy about inviting your friends along as well. Our next stop is Laconia, NH for Bike Week. I’ve heard rumors that Christ may be found there.