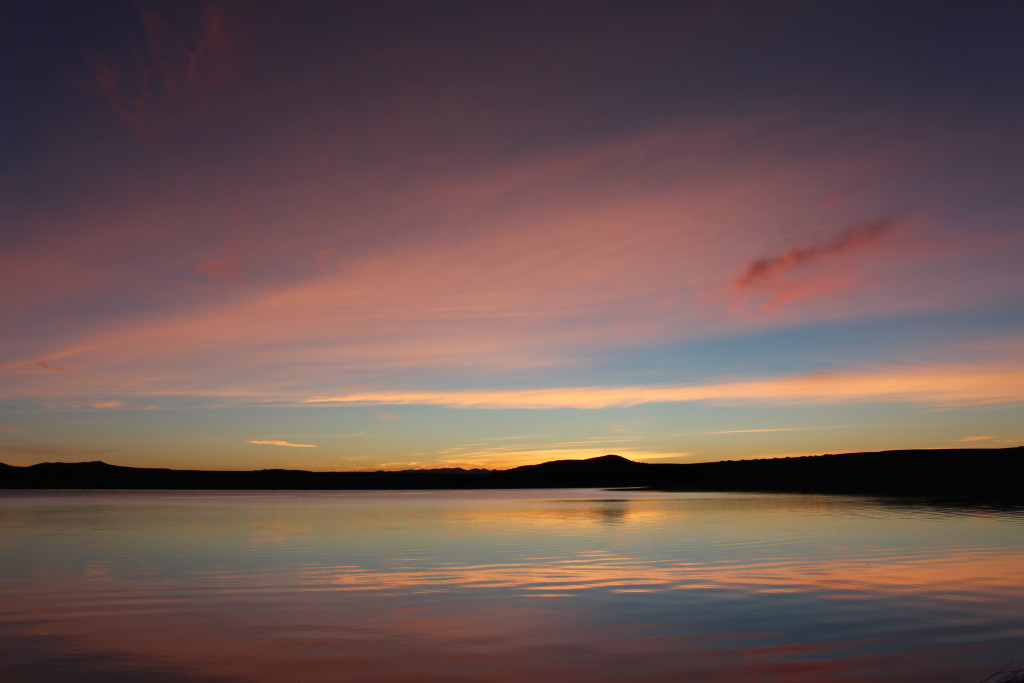 Shortly before setting out on my journey I attended a pastor’s brunch and had the opportunity to share and pray with some ministerial colleagues. As I described my search for the reflection of Christ in postmodern North America, one of the men at my table noted that many sociologists and philosophers, say we are even beyond postmodernism and now into supermodernism or hypermodernism.

One of my discoveries on the road is that none of these terms or labels means a thing to the average man or woman on the street. However, before I dive into this lack of labeling or embracing of specific philosophies, let me step back a bit to explain why I adopted my premise and approach.

While the issue is more complex than I have space for, or for that matter perhaps, sufficient intellect to adequately explain, postmodernity has been used a great deal to give justification as to why the church has been losing ground in recent years. The gist of the rationalization goes something like this: In the “modern age” as technology progressed there was hope that everything would get better. That with advances in modern science man could figure out solutions to every problem and the world would experience a golden age of reason and greater enlightenment and peace. However, when mans overall condition failed to improve significantly, postmodernism declared that knowledge and truth are not discovered, rather they are invented. In other words, there is no such thing as truth. You can have your truth and I can have my truth and anyone can have whatever truth they so choose. Thus the rationale or the excuse used to explain why the church is losing congregants so rapidly is that people have rejected the truth claims of the church. While this may be a slight oversimplification of the matter, it is generally what I have heard for many years now and a presumption, which I had accepted prior to my Emmaus Road Trip.

Yet, as I continue to process the things I found and the conversations I had while on the road, it strikes me that no one challenged me with a denial of truth or the truth claims of the church. Of the dozens of theological and intellectual exchanges I had with folks in a variety of settings, not a single soul said to me that the problem with the modern church is its insistence on a particular truth.

Now that I have had time to digest and reflect I think I have figured out why I didn’t hear that complaint or criticism. I’m pretty sure it’s because the church is not making truth claims. The sad fact is that so many of us who preach the gospel have been sold a bill of goods that says people reject claims about absolute truth and, therefore, in an effort to be more palatable we have removed such bold statements from our preaching. In fact, one comment that was made to me more than once is that the church seems to be trying to compete with modern forms of entertainment and church has become another show. Since it can rarely compete on an even footing with modern entertainment, it has become a bad show; offensive to those who go seeking truth, and laughable to those accustomed to high tech sound and special effects.

Recently I was listening to the radio (a habit I had gotten out of while on my trip since I don’t have a radio on my bike) while driving with four wheels beneath me and caught an NPR story about the radicalization of American youth and those who are joining ISIS or other Jihadist groups. I know I have heard this before but it really struck me, perhaps in light of my own discoveries, as I heard again that one significant reason young Americans are joining these groups is that they long for something to believe in, something greater than themselves that declares the way things ought to be.

Meanwhile the average evangelical church youth group brings a bunch of teens together to play silly games and listen to crappy, supposedly hip music with pseudo Christian lyrics, trying desperately to entertain our kids to faith. What a pathetic and unbiblical methodology we employ to fulfill the great commission! We wring our hands at the fact that we are losing our youth and fail to see that they aren’t abandoning faith; rather they are simply walking away from lame forms of so called Christian entertainment. They are abandoning the church because we have not presented them with any truth(s) on which to build their lives.

In his letter to the church in Ephesus, Paul writes about spiritual warfare and the armor of God. (See Ephesians 6:10-20) As he begins to describe the armor he says, “Stand firm then with the belt of truth buckled around your waist…” Catch that? Truth is the first piece of armor Paul says we are to don, and with good reason. The belt of a Roman Centurion wasn’t merely a strip of cloth or leather around the waist used to hold his pants up. Particularly true since they didn’t wear pants, but that’s beside the point. The belt was a wide piece of leather with straps that crisscrossed in the back and came up and over the shoulders, attaching again at the front and was the foundation on which other pieces of armor mounted. The breastplate, (which spiritually, Paul equates with righteousness) designed to protect the vital organs, especially the heart, hung from hooks or buckles on the shoulder straps of the belt. In similar fashion the scabbard for the warriors sword hung from this belt.

Without the belt of truth there can be no righteousness for without truth there is no foundation for righteousness! Without the belt of truth there is no place to mount one’s sword and since Paul refers to the “sword of the spirit which is the word of God” we are left with nothing to offer that is different or greater than the philosophies of the world. Sure we may be able to wear the “helmet of salvation” independent of the “belt of truth” but we are extremely vulnerable and thus weak and prone to injury, which I fear describes the condition of the average churchgoer these days.

Is the church losing ground? Yes, of this fact there can be little doubt. Are we losing ground because people have rejected our claims about truth? I think not. Rather, in our race to be relevant we’ve become less so, offering cheap grace in an inferior package. As one apologist I heard a short time ago said: “Most preaching today is nothing more than more than feel good pop psychology with a little Christian wording thrown in.”

So, to my brothers and sisters, called of God to proclaim his Word and truth, I set forth this challenge and/or encouragement: Be bold! Declare truth! Punch up those sermons with proclamations of truth worth living and dying over. Not simply to be offensive but in order to make known the Christ who said, “I am the way and the truth and the life. No one comes to the Father except through me.” Who taught “the way of God in accordance with the truth.” Who “Came down from the Father full of grace and truth.” Who said, “God is spirit and is worshippers must worship in Spirit and in truth.” And “If you hold to my teaching you are really my disciples. Then you will know the truth, and the truth will set you free.” And who prayed to the Father on our behalf, “Sanctify them by the truth; your word is truth.”

To my un-churched readers, please; if you disagree with my assessment here, feel free to say so – I welcome your input. In fact, as a foot note to all, as one who is more accustomed to communicating orally, who is more comfortable in the pulpit where I can see faces and know if I am connecting, than at the keyboard sending my thoughts off into the ether, knowing not if I have hit the mark, I cherish all comments and feedback.

Now I pray that you will know the truth and find greater freedom in this life and the next, than you have ever experienced.